Let's start going through the patterns one at a time. 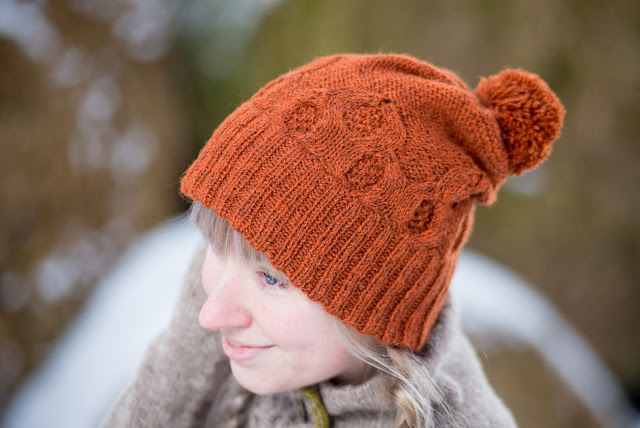 Let's start at the beginning. So, I had the idea of designing a collection of knitwear for Tukuwool yarn. And the first design I conjured was a cabled hat. 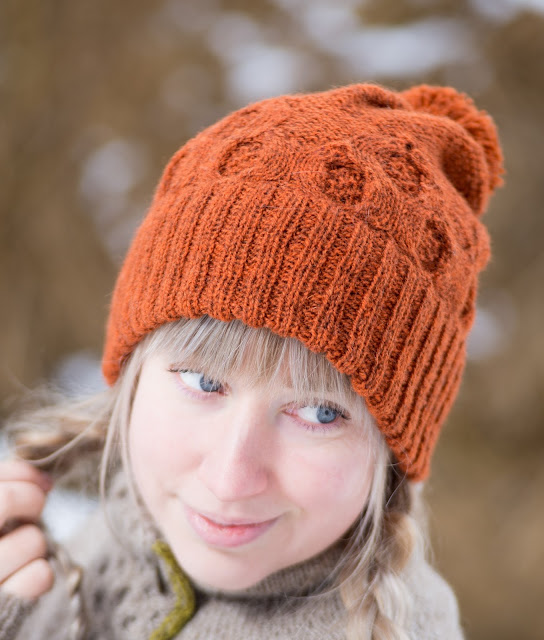 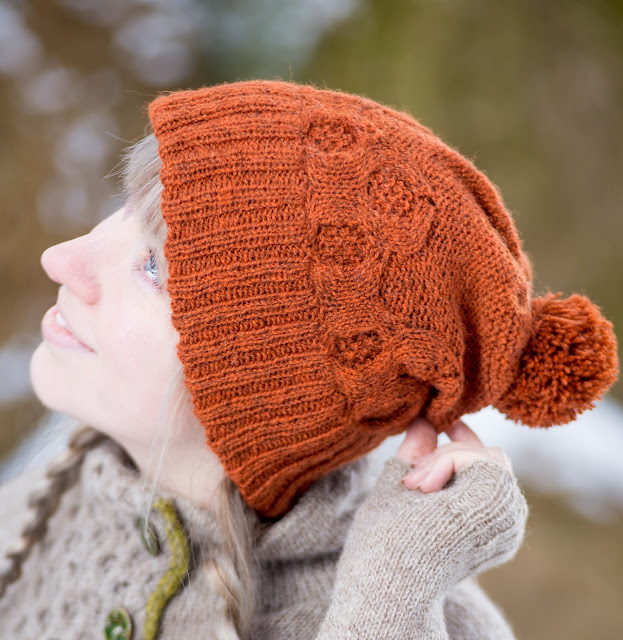 After the folded brim there are some cables and you decrease part of the stitches while knitting the cables. The rest of the hat is reverese stockinette stitch because I feel it let's the cables shine. You could work garter stitch but let's face it, garter stitch in the round is a bit blah. 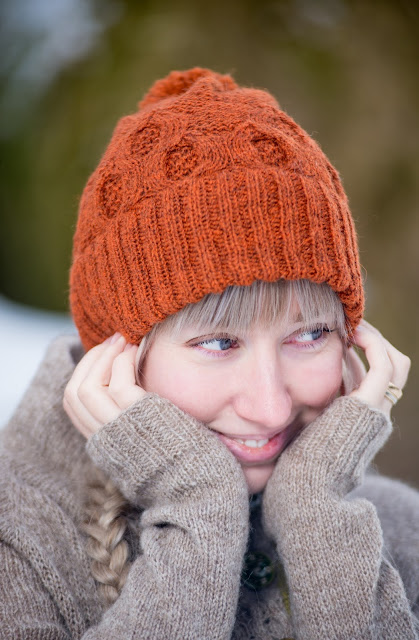 And finally, there's a pom pom to top it off. You can never have too many pom poms, right? I still haven't managed to buy a pom pom maker so I still cut out one from cardboard as they taught us in kindergarden. 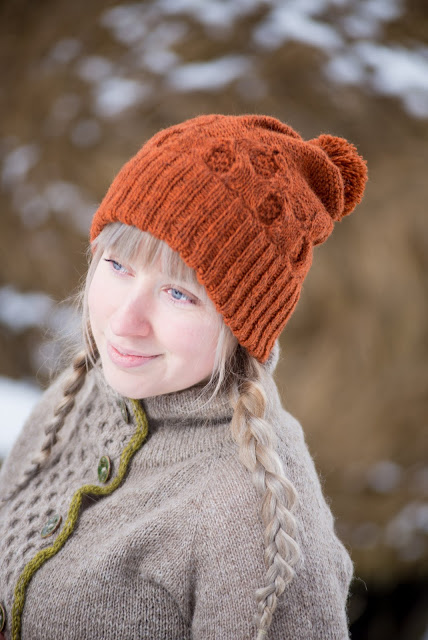 The best thing about the hat is how cute it makes you look. Even if I don't think I look too shabby, I rarely glance in the mirror and think I'm super cute. But this hat makes me do that! So keep your ears warm and get cute - all in one hat. There are two sizes and you can make them with two skeins of Tukuwool.

The amazing pics are by Miika. And here's a link to the KAL in Ravelry.
Posted by Neulisti at 2:10 PM